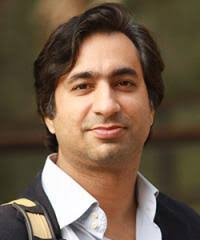 Political Sciences at the Lahore University of Management Sciences

Taimur Rahman is an academic, musician and political activist from Pakistan. He teaches political science at the Lahore University of Management Sciences, and has authored the award-winning book ‘The Class Structure of Pakistan’. Having been involved in grassroots politics for the past 20 years, he was appointed the General Secretary of the Mazdoor Kissan Party. He also fronts the band ‘Laal’ which he formed in 2008 to promote political consciousness among the youth.