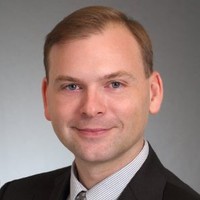 Rob Houston is a founding member and Executive Director of The Global Pro Bono Bar Association. Also an international arbitration practitioner and the Pro Bono Coordinator for the Singapore office of an international law firm, he has coordinated cross-border pro bono projects involving multiple collaborating firms, practitioners, scholars, and researchers across four continents. Rob has spoken on topics related to pro bono work and legal professionalism in venues as diverse as the International Law Association’s 2018 biennial conference in Sydney, the 6th and 7th Asia Pro Bono Conferences in Kuala Lumpur and Hong Kong, and the Asser Institute in the Hague. He was previously a visiting researcher with the U.S. Department of State Fulbright Program and served as a Captain in the 1-175 Infantry Battalion of the Maryland Army National Guard, having earned the Meritorious Service Medal while deployed to Egypt with the Multinational Force & Observers peacekeeping mission in 2011-2012. Rob holds the Juris Doctor degree from Georgetown Law in Washington, DC and the Master of Economic Law degree (Master II, Global Governance Studies) from Sciences Po Law School in Paris. He and his wife live in Singapore with their four children.