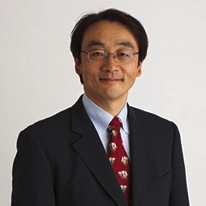 The University of Tokyo

As Attorney-at-Law (admitted in Tokyo in 1984 and in New York in 1991), he practised law in Japan, the U.S. and Europe and is currently an advisor to Nagashima, Ohno & Tsunematsu. After working for refugee protection, peace keeping/building and law & judicial reform with international organizations：UNHCR (United Nations High Commissioner for Refugees) as legal officer in Canberra, Australia in 1991-92, UNTAC (United Nations Transitional Authority in Cambodia) as Human Rights Officer in Cambodia in 1992-93 and EBRD (European Bank for Reconstruction and Development) as Counsel in London in 1995-97, he joined Nagoya University, Graduate School of International Development in 1999 and moved to The UoT in 2005.