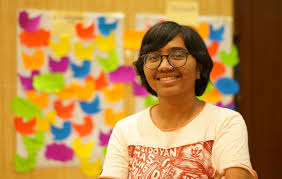 Asfinawati has been practicing as human rights lawyer since 2001. She dealt with human rights subject particularly on labour issues including migrant workers, religious freedom or belief, women and fair trial. She experienced as a lawyer at district court level to constitutional court including judicial review on religious defamation Law. She involved in a monitoring and documentation of LGBTI report on human rights, shadow report of ICCPR on people with disability and report on LBT conducted by Women Commission on Human Rights for Violence Against Women (Komnas Perempuan). She also involved in making a draft of law initiated by civil society for Migrant Workers Act and the revision, domestic workers bill, revision of criminal code, revision of criminal procedural bill, local regulation (perda) on trafficking, local regulation on migrant workers. Since 2017 she is a chairperson of YLBHI which consist of 15 legal aid institute and 1 project-based in 16 Provinces.