Pro Bono and the Fight Against Human Trafficking

Job Title: Head of Legal
Organization: Liberty Asia
Bio: Ms. Archana Kotecha is a counter-trafficking expert and activist with extensive experience in the areas of advocacy, policy work and casework relating to trafficking in persons. Ms. Kotecha is a UK qualified barrister and London School of Economics graduate who started her career practicing corporate law with KPMG then with DLA Piper. After 7 years as a corporate lawyer, Ms. Kotecha joined the UN Refugee Agency&#39;s Legal Protection Team in London and subsequently the Immigration Advisory Service and Stop Trafficking UK in London. She has worked on a number of trafficking related asylum cases and produced an anti-trafficking toolkit for UK lawyers. She has served on the Victim Care Committee of the UK Human Trafficking Centre that was instrumental in setting up the National Referral Mechanism of the UK in 2009. She was also a committee member of the NSPCC’s anti-trafficking hotline and contributed to a number of anti-trafficking and refugee stakeholder groups in the UK.
Following a move to Hong Kong, Ms. Kotecha has joined Liberty Asia as Head of Legal. Since joining Liberty Asia Ms. Kotecha has produced a Hong Kong focused Victim Identification Toolkit/NGO training, set up an online Legal Resources Centre (housed on Liberty Asia’s website) and been involved in lobbying at the Legislative Council level and advising human rights practitioners and governments on trafficking in persons. Ms. Kotecha is also responsible for running regional legal projects including a multi-jurisdictional legal gap analysis that aims to highlight gaps between national laws and international standards. Disrupting activities’ of traffickers by improving human trafficking’s visibility within financial institutions, educating NGOs and lawyers on anti-trafficking legal frameworks and victim identification are also key aspects of Ms. Kotecha’s work.
Ms Kotecha’s work with Liberty Asia has also involved extensive engagement with financial institutions, regulators and other corporations with a view to improving human rights due diligence processes that highlight human rights related risks and liabilities. In addition, Ms Kotecha has been focusing on the engagement of anti-money laundering frameworks and existing risk structures within these institutions to identify and disrupt human trafficking networks.
In June 2017, Ms Kotecha was named as one of the top ten innovative lawyers in Asia Pacific by the Financial Times Asia and she is also an alumni of the prestigious International Visitor Leadership Program run by the US Department of State. 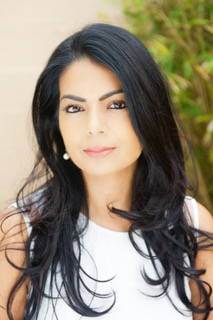